Skip to MenuSkip to ContentSkip to Footer 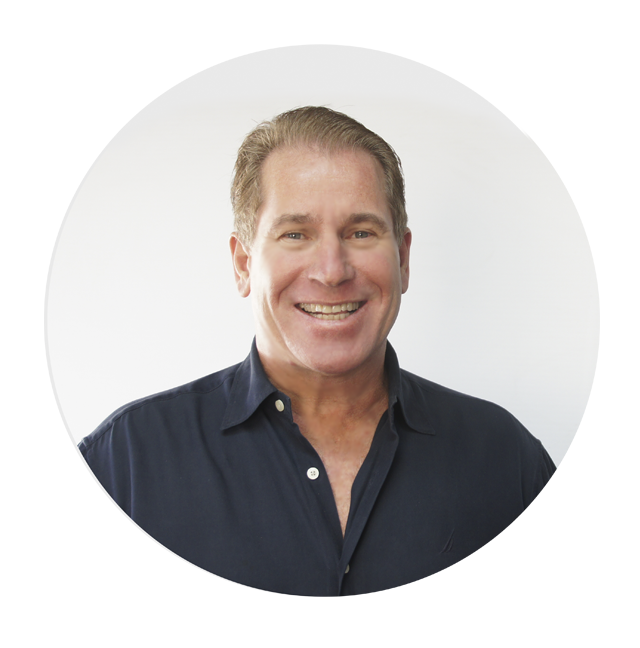 Phil was born in Montreal but grew up in St. Catharines and attended Sir Winston Churchill S.S. He graduated from Queen’s University with a degree in Mechanical Engineering in 1980 and went on to work in the petroleum industry in Brazil & Iran. Phil started CMH AUTO SUPERSTORE in 1993 after returning to Canada. He is happily married to Annie Fortier from Candiac, QC and they have 3 children born in 1998, 1999 & 2002. Phil enjoys travel, boating, skiing, and reading. Phil can speak some Portuguese, French and a bit of Spanish. Raymond was born and raised in Fort Erie and has been residing in Wellend, ON since 2003. Over the years, Raymond has accomplished quite a bit. He graduated from Niagara College with Honors in Business Accounting. Helped raise his 3 children – Matthew, Sarah and Nicole. Coached Minor League Soccer & Hockey for 10 years and coached a junior golf team in New Likseard.

Raymond starting his career in the automotive industry in 1993 at Nemeth Lincoln Mercury – which is the same building where CMH Auto Superstore is located today! He has 18 years’ experience with Hyundai vehicles, as well as many other makes and models. Customer satisfaction has always been his #1 priority and the reason for his success in the car industry. It was a logical choice to join the CMH team, as they’ve won many awards for superior customer satisfaction and best in class value pricing.

You can reach Raymond at raymond@cmhniagara.ca Mike is happily married to Julia for 15 years. We have 2 wonderful children, Cole and Ella. I have been in the car business for over 20 years, going back to owning several dealerships with my family. I am now happy working for Phil here at CMH. Knowing we have the same objective in giving a great customer experience.

You can reach Michael at michael@cmhniagara.ca 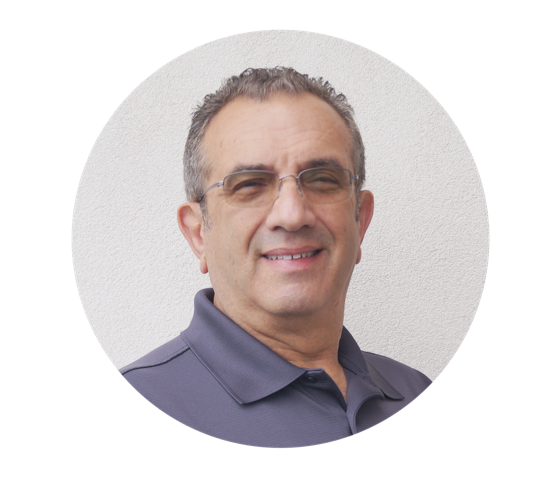 I was born & raised in Niagara, I have resided in Fonthill for the past 25 years. I’m married with 2 adult children & have been employed in retail automotive for 25 years with various manufacturers. I love motor sports, a big F1 fan, fond of classic motorcycles & enjoy off shore fishing. I have coached both minor basketball & hockey. Have a great love and respect for all our lakes and oceans!

You can reach Sam at sam@cmhniagara.ca Graham was born and raised in Niagara and is the oldest child from a family of eight kids. He has five younger brothers and two younger sisters who have all grown up and gone to School in Niagara. He attended the St. Catharines Collegiate SS and completed a diploma program from Niagara College in Recreation and Leisure Services. He then spent five years in North Bay Ontario working and completing his Bachelor's Degree in Physical and Health Education from Nipissing University. After university, he moved back to Niagara and has been working in the Retail Electronics industry both at Future Shop and most recently at Henrys Cameras. For fun, Graham enjoys volleyball, cycling, hiking, and camping. He recently got married to his wife Alicia and they have two dogs named, Riley and Chase

You can reach Graham at graham@cmhniagara.ca 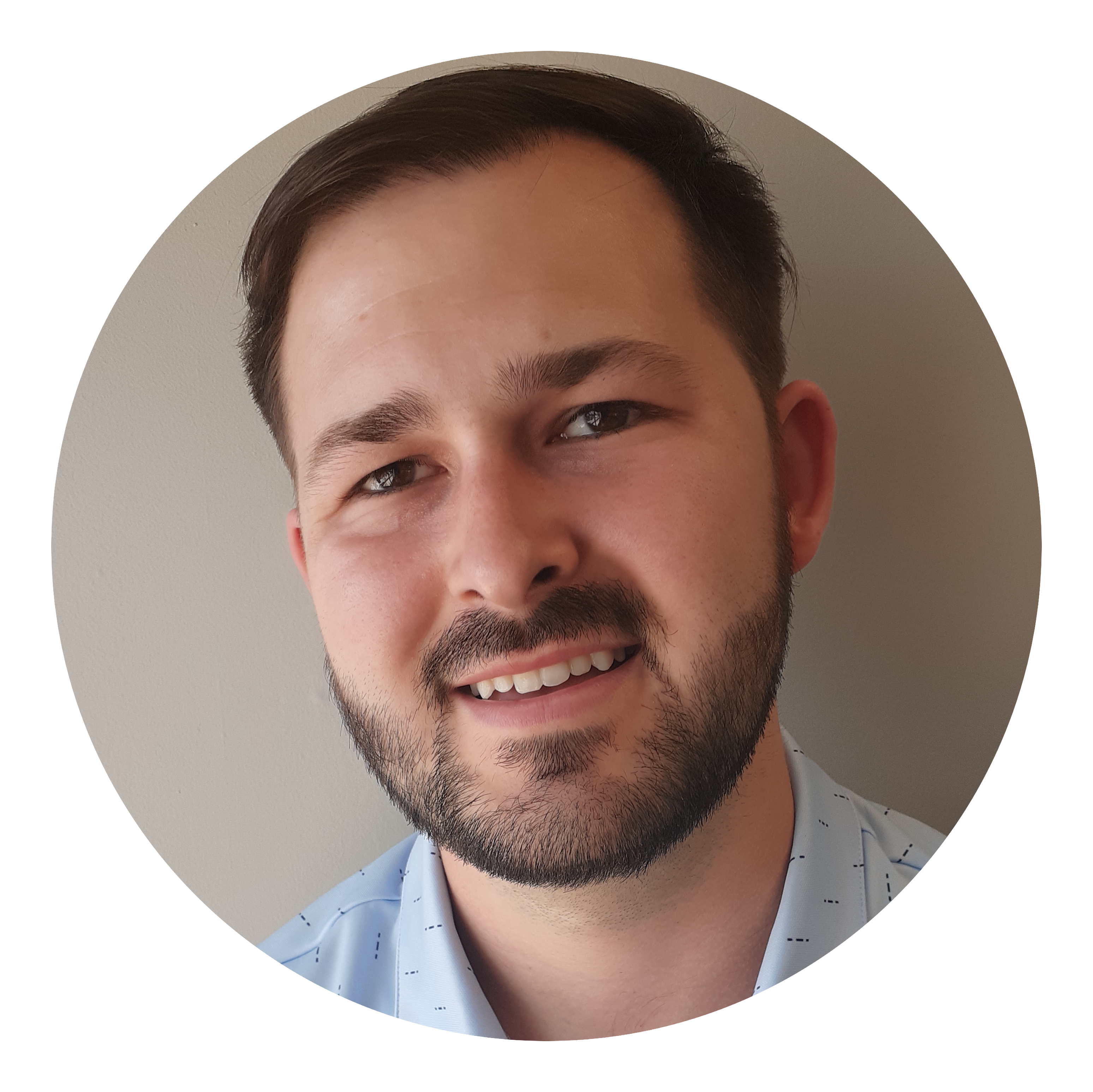 Born and raised in St. Catharines and still living in the north end. Lucas likes to keep fit in his spare time. After high school, he attended Mohawk College in Hamilton and earned a degree in Business Marketing. Three years ago a family friend suggested he try car sales due to his outgoing personality. Sales of new vehicles was very limiting so a move to CMH Auto Superstore with it’s huge inventory of used vehicles has provided a welcome challenge. Lucas invites all his friends and acquaintances to stop in and see him for a great deal on a used vehicle.

You can reach Lucas at lucas@cmhniagara.ca 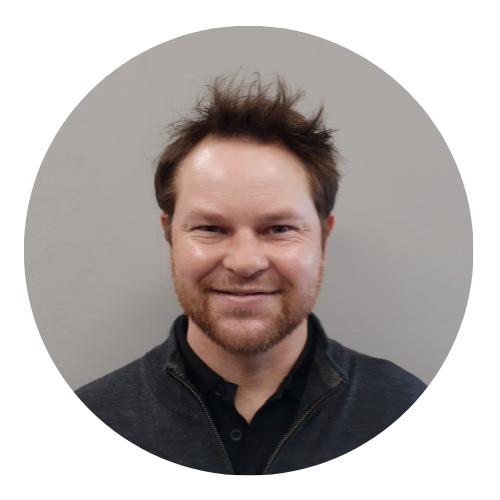 Derek was born and raised in St. Catharines and still lives in the north end today. Have been selling vehicles since 2013 and is looking forward to the challenge of joining a dealership with the reputation of CMH. Top notch service and customer satisfaction is the basis of Derek’s success in automotive sales.

Derek graduated from Governor Simcoe high school and enrolled in Laurention University. He received his bachelor’s degree in physical and health education. After graduating in 2009, Derek went out west for a summer to Jasper, Alberta where he originally met Shelby. Shelby and Derek dated for several years and were married in 2016 at City Hall. Shelby and Derek are proud parents to Chloe and James, twins that arrived in Sept. of 2018. Derek and the family like to walk their dog along the canal when the weather permits. They would like to take the kids to Disney World in Florida when things return to normal. Derek invites all his friends and past customers to visit him at CMH Auto Superstore.

You can reach Derek at derek@cmhniagara.ca 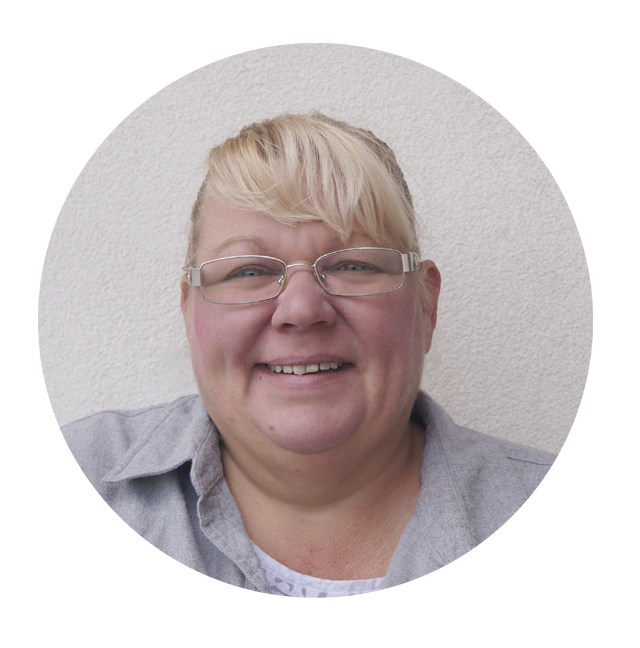 Laureen has been with her partner Dave for over 15 years. Together they have 3 children, 2 grandchildren and another on the way. Laureen has been in the Automotive industry for a better part of 25 years. She enjoys getting out there and meeting new people on a daily basis. Lisa spent 15 years in banking prior to joining Gillespie’s Pontiac/Buick/Cadillac in Welland back in 2001. Remained there as a Financial Services Manager until 2011 when GM shut down the dealership. The last 8 years, Lisa was commuting to Burlington to work with the Paletta Group. Since her 3 boys are active in travel sports, Lisa was looking for an opportunity closer to her home in St. Catharines. She is excited to join the CMH team due to the double bonus of being able to spend more time with her family and working for a dealership with such a strong reputation for customer service. Lisa uses her vast experience in the lending and financial services industry to help make each guests purchase as stress-free and simple as possible.

You can reach Lisa at lisa@cmhniagara.ca 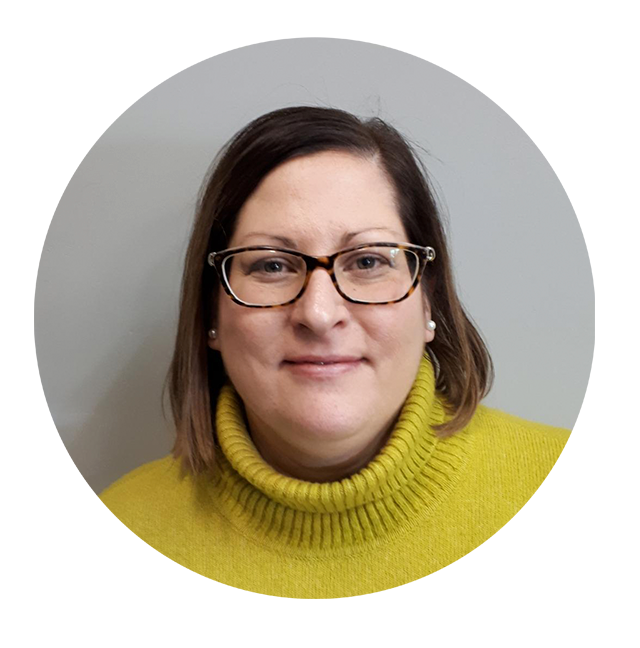 Sandra was born and raised in the Niagara Region. She currently resides in Welland with her husband Gregory and their two beautiful daughters. They have also taken on guardianship of their nephew. Travelling and cooking are her two favourite passtimes. Sandra is very happy to join the team at CMH because of their great customer service reputation and the fact that her work commute was shortened considerably. With over 20 years of banking experience Sandra can quickly find the best solution for any type of credit history. Sandra takes pride in helping her guests get the best experience possible as well as taking the time to explain the many products available to protect their investment.

You can reach Sandra at sandra@cmhniagara.ca 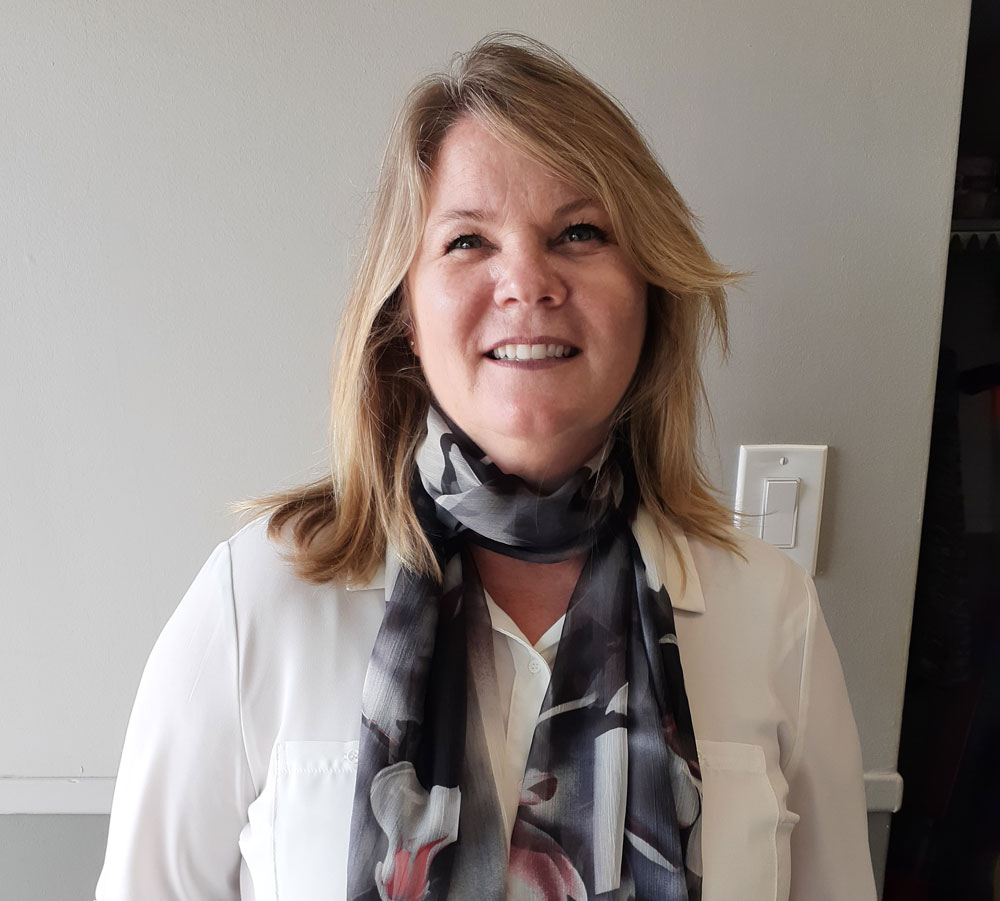 Krista jumped at the opportunity to join CMH Auto Superstore because she feels that the customer service reputation of the dealership mirrors her own desire to put the customer first. She has previously worked as a financial planner for TD Bank. Her previous experience helps her to tailor vehicle loans to each of her guests needs. CMH is a family oriented business which fits well for Krista and her family. Krista has been married for 23 years and has two daughters, Hannah and Karlie. The family loves spending time at the cottage and enjoying the outdoors.

You can reach Krista at krista@cmhniagara.ca Lindsey has been married for 12 wonderful years to her husband Domenic, who owns and operates Rob’s Transmission & Auto Service Inc. They have an amazing son Gabriel, who is their world! Lindsey had worked in the Tourism Industry and made the move to the Automotive/Accounting field 7 years ago, without looking back. When she’s not at work, she helps coach Gabriel’s soccer team and she is his #1 cheerleader at all his baseball games.

You can reach Lindsey at lindsey@cmhniagara.ca Stephanie has been employed with CMH as a part time receptionist and now is with us full time since 2017. Stephanie previously work in the banking industry for 6 years. She is married and has 2 beautiful children Alexander and Madison. Stephanie enjoys on her free time playing baseball and spending time with her kids.

You can reach Stephanie at payables@cmhniagara.ca Graham has worked as a technician for 17 years, and for the last 7 years, has been working in the used car sales industry.

When Graham is not spending time with his wife, son and their three dogs, he enjoys boating, hockey and working on his hobby farm.

Graham is driven to make sure your service needs and requirements are met to his standards. He strides to make your service experience the best that it can be.

You can reach Graham at service@cmhniagara.ca 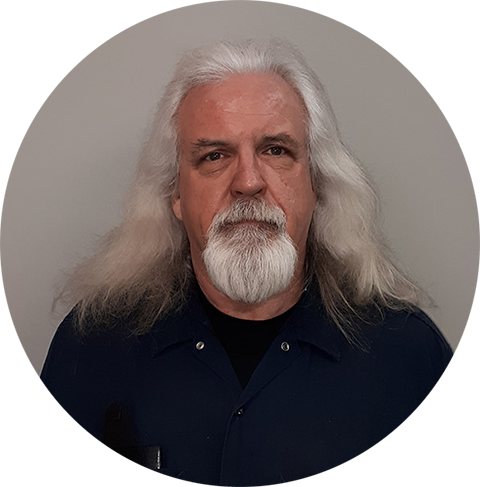 Blair started as a mechanic in 1977 in Alberta working most of the time at Ford dealerships. He then moved to St. Catharines in 1987 and started working at Forbes Ford for a short time and then moved on to Nemeth Lincoln Mercury where he stayed for 20 years until the dealership, which became Day Ford Lincoln, closed in 2007. While working at Day Ford, he obtained his Ford Master Technician status along with his Ford Diesel Certification. He then moved on to Ed Learn Ford for 5 more years until he expanded his horizons and moved on to smaller private shops. He then continued training and obtained his NAPA Autopro Master Technician status.

He has been married for 37 years and has 2 wonderful daughters - both of which are happily married to 2 great son-in-laws. He has 3 fantastic grandchildren. Spending time with his family is his biggest priority in my life. Junior is 21 years of age and has been a Registered Apprentice for 2 years. Junior has been employed at CMH for 8 months and has become a valued team player. Chris was born and raised in Niagara and currently lives on a farm in Vineland. He helps to take care of animals, bees and crops, and now recently maple syrup. He was in the restoration construction business for 7 years until he decided to take on another career path. Growing up working on trucks with his Opa started his interest in the automotive repair field. He has his welding technician diploma from Niagara College which also helps him in the apprentice mechanic position that he has now. In his free time he enjoys fishing, boating, hockey, 4-wheeling, building cars for demolition derby’s and restoring cars. Kelvin was born in 1998 and attended French High School at Jean Vanier in Welland. Kelvin began studying at Goodman School of Business at Brock University in 2016. He has been working part time at his dad’s dealership since 2012 and continues to work to help finance his university studies. Kelvin helps with driving, and assists the manager with lot organization. Kelvin enjoys skiing, video games and working out. He is fluent in French & English. 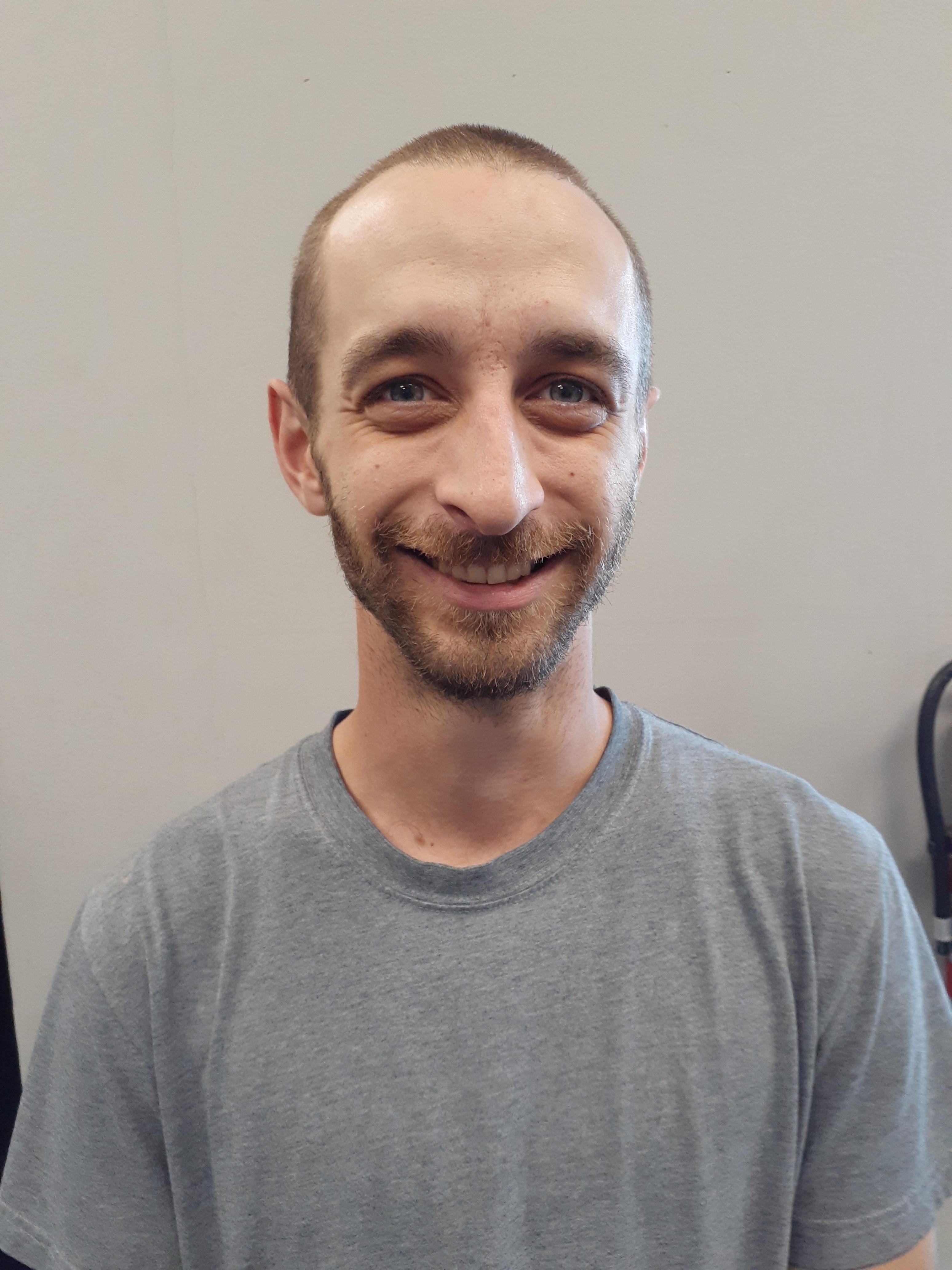 Born in Hamilton moved to St. Catharines at age six. Still lives off Martindale Rd. Has over 8 years experience in detailing, including apprentice work in a local body shop. Passionate about everything automotive especially detailing and appearance packages. Davis currently drives a sweet 2015 Hyundai Genesis tricked out with a couple carefully selected mods. Golf is one of his favourite pastimes, something he picked up from his dad who is an avid and accomplished golfer. 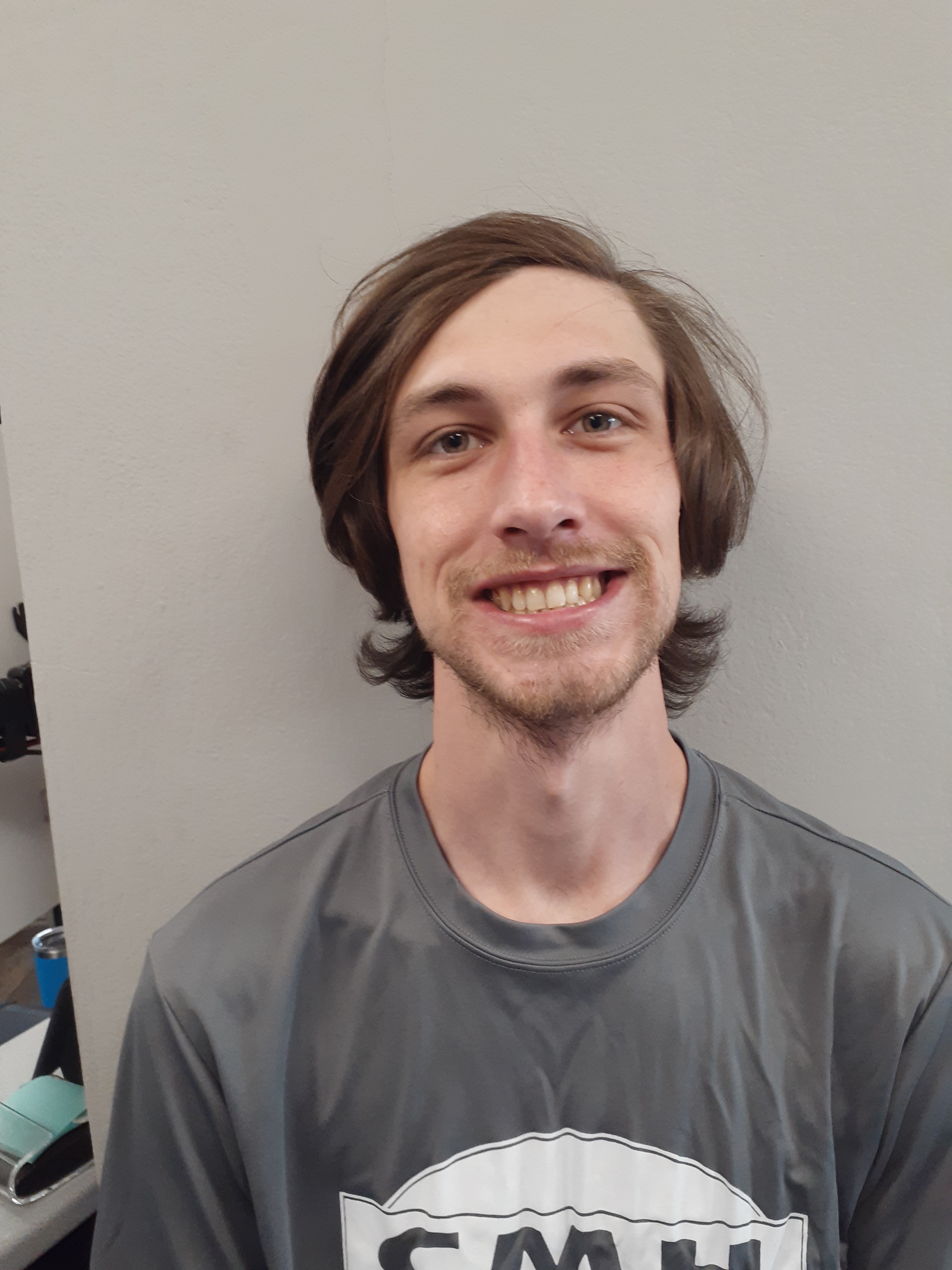 Born and raised in Niagara Falls and still living just off Lundy’s Lane near Dorchester Rd. Studied graphic design at Niagara College. Recently worked as a line cook at the Rainforest Café. His love of cars lead him to applying at CMH for the detailing position. Gaming with friends and working on computers takes up most of his spare time. What he is learning in the detail shop is applied to keeping his 2015 VW Golf pristine.